After the tragic events of 9/11/01, Frederick Garrity Jr and the Fairfield County Labor Council organized a motorcycle ride fundraiser for the initial victims of 9/11, which was held on September 30, 2001. This event attracted 500 riders. With the success and support of the first fundraising event, it was decided to continue "The CT United Ride" as a tribute event each year honoring the memories and continuing support of all affected.

The monies raised the first year through the Labor Council went to three 9/11 victim relief funds in NYC; The Police Officers fund, The Fire Fighters fund, and The United Way's fund. As The CT United Ride remains a tribute to 9/11 (not a fundraiser); all monies that are raised from the second year on, go to the family emergency relief funds for CT Police Officers, CT Fire Fighters and two local United Ways.

The Fairfield County Labor Council sponsored The CT United Ride for the first three years; the UPFFA of CT has been the sponsor for the last three years, with 2007 being the third year. As the main force behind the ride, Frederick Garrity, Jr. has remained the director of "The CT United Ride" since its inception.

The ride travels with full police escort through 11 cities and towns, Norwalk, Westport, Wilton, Georgetown, Redding, Bethel, Newtown, Monroe, Trumbull, Fairfield, and ending in Bridgeport. In each of the towns, the local Fire Stations bring out their Ladder Trucks and hang the American Flag from their extended Ladders over the roadway traveled by the riders; ending with a double Ladder Truck Arch holding a single American Flag, formed with Bridgeport and Fairfield Fire Departments at Seaside Park in Bridgeport.

Each year several Local, State, and Congressional elected officials come out to support the CT United Ride at the opening ceremonies: Congressman Chris Shays, Attorney General Richard Blumenthal, and the Mayors and First Selectmen from Norwalk, Bridgeport, Fairfield, Stamford, Westport, Monroe, Trumbull, as well as upwards of 30 Motorcycle Police from multiple cities, towns, and the state. 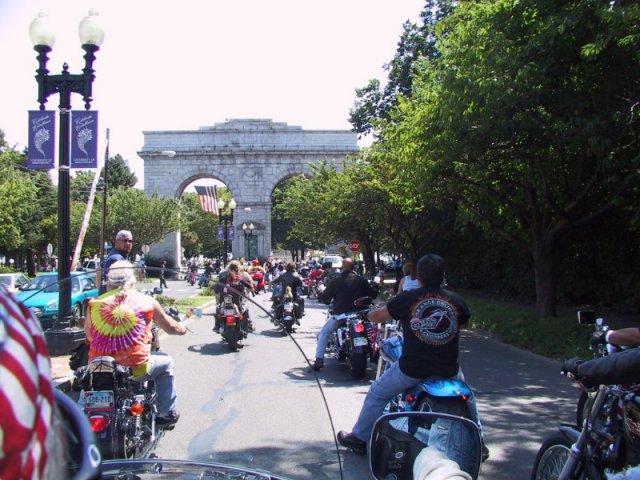 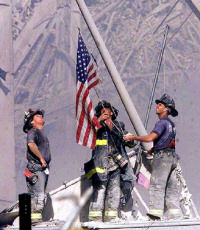 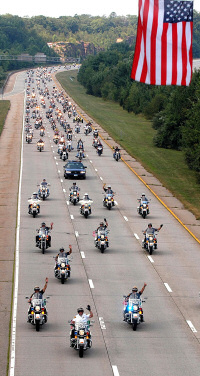